Ivory Coast win AFCON (eventually) –
The final of the Africa Cup of Nations tournament ends in a 0-0 draw after extra time between Ghana and Ivory Coast (or Cote d’Ivoire). It got more exciting in the penalty shoot-out with the Elephants (Ivory Coast) missing their first two penalties but then scoring their next 9 in a row to beat Ghana 9-8. Ivory Coast’s goalkeeper Boubacar Barry scored the winner. 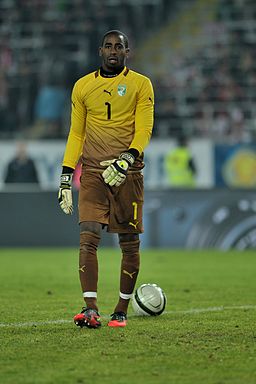 Outstanding British film
Winner: The Theory of Everything

Actor
Winner: Eddie Redmayne – The Theory of Everything

Adapted screenplay
Winner: The Theory of Everything – Anthony McCarten