Zayn Malik and Louis Tomlinson are fighting on Twitter –
Zayn Malik, Louis Tomlinson and Naughty Boy are having a row on Twitter. It seemed to start when Naughty Boy posted a picture of himself and Zayn along with the caption, “Replace this” – which Zayn then retweeted. Louis then wrote: “Remember when you were 12 and you used to think those Mac filters for your pictures were cool haha ! Some people still do HA!” Zayn then replied directly to Louis, saying: “Remember when you had a life..?” Naughty Boy, who has been working with Zayn, also had his own back-and-forth row with Louis on the social network. Also see Top Twitter Trends – #TOMLINSONSLAYSAGAIN [BBC] 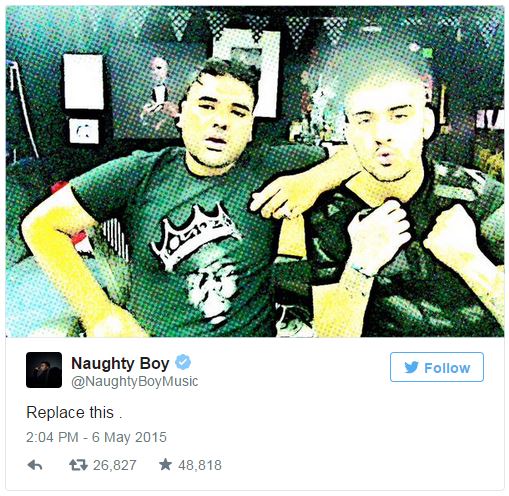 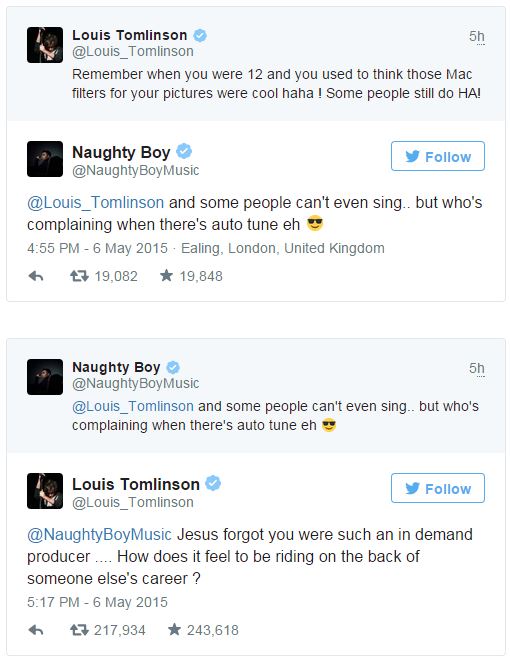 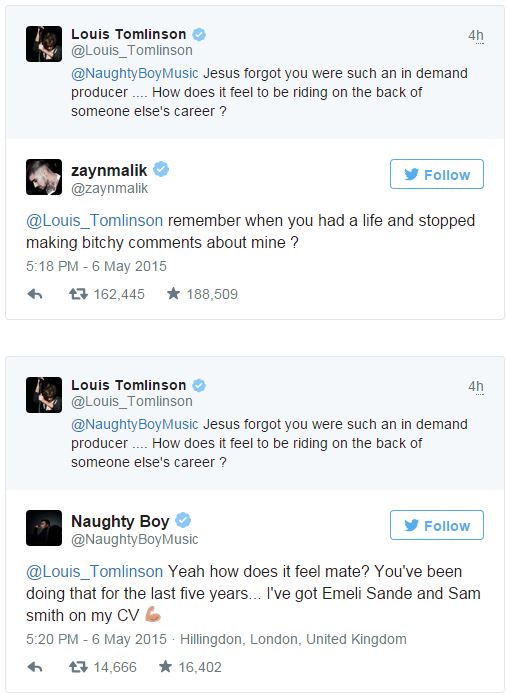 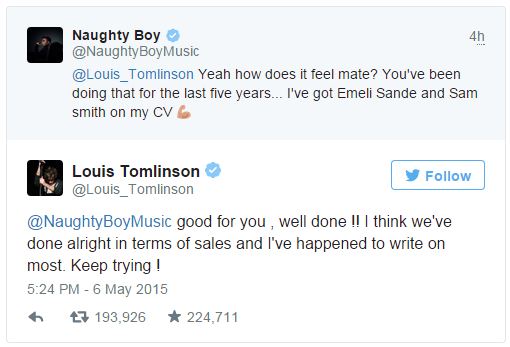 Spanish domestic football to be suspended-
The Spanish football federation says it is suspending indefinitely all end-of-season games in disputes with the government, including over TV rights. A federation statement said it was also unhappy with receiving only 4.55% of pools revenue, though it said it was still open to dialogue. All matches will be suspended from 16 May, including the domestic cup final. In the top division, Barcelona lead La Liga rivals Real Madrid by two points, with only three games left to play. In the statement, the RFEF federation said it had acted after three months of talks with the government had failed to resolve the dispute. It said more than 600,000 players and 30,000 matches across the country would be affected by the suspension. [BBC]

Japan: Zoo sorry for naming monkey after new princess –
The Takasakiyama Zoo, in southern Japan, was inundated with complaints after announcing the female macaque monkey’s name on Wednesday, the Kyodo news agency reports. The zoo says the name was chosen after a public vote, a tradition for their first newborn macaque monkey each year. Charlotte received the most votes, although it wasn’t exactly a runaway winner, with 59 out of 853 people choosing it. But other members of the public felt that it was disrespectful to the British royal family to name a monkey after a princess. The zoo faced a “barrage” of complaints from people wanting them to re-name the macaque, with some noting that the Japanese people might not be best pleased if a British monkey were named after one of their own royal family, Kyodo reports. The zoo has apologised in a statement on its website. [BBC]

Hot Chocolate frontman Errol Brown dies, aged 71 –
Hot Chocolate frontman Errol Brown has died aged 71, his manager said. The singer, famous for hits including You Sexy Thing and It Started With A Kiss, died at home in the Bahamas. His manager, Phil Dale, said he had suffered from liver cancer. [Daily Telegraph] (See Video of the Day and List of the Day)

END_OF_DOCUMENT_TOKEN_TO_BE_REPLACED

New Zealand pays people to leave Auckland –
New Zealand is offering cash to people in its largest city who need social housing – if they’re willing to move to another part of the country. The scheme launches in Auckland on Monday, and is part of efforts to tackle the city’s housing crisis, the New Zealand Herald reports. Anyone willing to up sticks will get a grant of up to NZ$5,000 ($3,500; £2,500), as long as they’re currently eligible for social housing. The government is stressing that it’s a voluntary scheme aimed at removing the “cost barrier” that could prevent people from moving to less-populated areas, where they may already have family or other connections. Social Housing Minister Paula Bennett says 130 have voiced an interest in the scheme so far, and that the scheme will help people deal with “a very tight housing market”. Auckland has seen house prices boom in recent years, and a shortage of affordable housing has left some families living in dire conditions. In May, a Salvation Army spokesman said some streets in South Auckland had people living in every garage. Other families have been found living under bridges and one had taken refuge in a shipping container. [BBC]

Armed conflicts and attacks
Iraqi Civil War (2014–present), Military intervention against ISIL, Third Battle of Fallujah
The Iraqi government recaptures the main government compound in Fallujah. (AFP via Daily Mail)
Kurdish separatism in Iran
2016 West Iran clashes
Kurdish rebels and Iranian Revolutionary guards clash in Oshnavieh, killing 12 rebels and three guards. There is dispute over who the rebels were. Iranian authorities claim it was the Party of Free Life of Kurdistan movement while a member of the Democratic Party of Iranian Kurdistan claimed their group was responsible for the fighting. (Radio Free Europe/Radio Liberty)
Boko Haram insurgency
Boko Haram militants attack a funeral in the village of Kuda in the Adamawa State of Nigeria, killing 18 women, with more reportedly still missing. (Al Jazeera)
Insurgency in the North Caucasus
Four Russian security officers and six militants are killed in an anti-terrorism operation in Dagestan. (Radio Free Europe/Radio Liberty)
Business and economy
The U.S. Justice Department has decided against an action against Angelo Mozilo, former chief executive of Countrywide Financial, arising out of the issuance of mortgage backed securities during his tenure there. (Reuters).
Disasters and accidents
EgyptAir Flight 804
The second flight recorder from the wreckage of ill-fated EgyptAir Flight 804 is recovered from the crash site in the Mediterranean Sea. (Channel News Asia)
A wildfire in Santa Barbara County, California doubles in size overnight to 4,000 acres. The Santa Barbara County Sheriff’s Office says mandatory evacuations remain in effect for areas such as El Capitán State Beach. The blaze is currently 5% contained, according to Los Padres National Forest officials. (Los Angeles Times)
Law and crime
2002 Gujarat riots
A court in India sentences dozens of people to prison, some of them for life, for their roles in riots that killed 69 Muslims in the city of Ahmedabad in 2002. (BBC)
Sport
2016 Summer Olympics
The International Olympic Committee (IOC) upholds its ban on Russian track and field athletes participating in the 2016 Summer Olympics in Rio de Janeiro due to various doping scandals. IOC officials plan to gather next Tuesday to discuss the matter further. (BBC)
News from Wikipedia – please support this valuable resource