END_OF_DOCUMENT_TOKEN_TO_BE_REPLACED

Novelist Jackie Collins dies aged 77 –
The novelist Jackie Collins has died of breast cancer at the age of 77, her family said in a statement. “It is with tremendous sadness that we announce the death of our beautiful, dynamic and one-of-a-kind mother,” the statement said. The British-born writer, sister of actress Joan Collins, died in Los Angeles, her spokeswoman said. Collins’s raunchy novels of the rich and famous sold more than 500 million copies in 40 countries.
In a career spanning four decades, all 32 of her novels appeared in the New York Times bestseller list. [BBC] 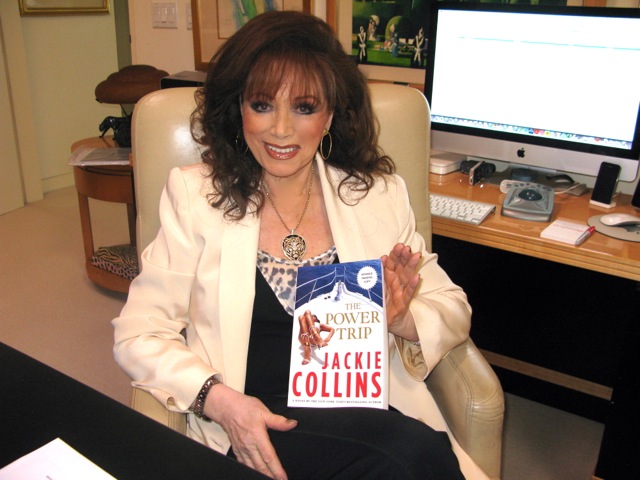 Japan shocks the rugby world and Twitter erupts –
80-1 outsiders to beat South Africa, Japan’s win over the two-times world champions has sent Twitter into a frenzy. Japan’s utterly well-deserved conquering of the mighty Springboks [32-34] has, unsurprisingly, made Twitter’s rugby community quite excited.The bookmakers usually know a thing or two about these things, yet more than a few people would have thought this morning that even 40-1 for the Brave Blossoms to win against the Boks was rather generous. For those who don’t understand how big a shock this was, @Burgerboxx provided an interesting, and somewhat useful, analogy. [Daily Telegraph]

Guinness World Record judicator hit in head by robot at giant Belfast Meccano bridge opening –
Engineering students have set a new world record with a 100ft footbridge made from Meccano. The temporary structure – weighing in at approximately 1,300lbs – has been built 100 feet long across Belfast’s Clarendon Dock and was unveiled at an event on Saturday. Representatives from Guinness World Records were on site to confirm it had set a record for the world’s largest ever Meccano construction. However the event did not go quite as smoothly as organisers hoped, with a giant Meccano robot believed to have malfunctioned and swiped a Guinness World Record judicator round the head.Dr Danny McPolin from the school of Planning, Architecture and Civil Engineering, who led the project, said: “If you count all the nuts and bolts and washers, there is approximately 70,000. “In terms of the longer pieces, if they’re all laid out end-to-end I think it would be about 3.8kms – approximately 10,000 or 11,000 pieces. [Daily Telegraph]