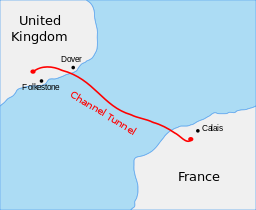 Sepp Blatter at the 2014 FIFA Announcement in 2007
END_OF_DOCUMENT_TOKEN_TO_BE_REPLACED END_OF_DOCUMENT_TOKEN_TO_BE_REPLACED

Mieko Nagaoka: 100-year-old Japanese swimmer sets 1,500m record –
A Japanese woman has become the first 100-year-old to complete a 1,500m freestyle swim in a 25m pool. Mieko Nagaoka, who only took up swimming at the age of 82, already holds the record in her age category for the same distance in a 50m pool. She completed the latest feat in just over one hour and 15 minutes, using backstroke all the way. She was the only person taking part in her age range – 100 to 104 – at the competition in Matsuyama on Saturday. Nagaoka already dominates the world record board for her age group, as awarded by the international swimming federation (Fina), holding 24 titles over both short and long distances. [BBC]

Smartphones could be charged in 60 seconds with new battery –
An iPhone 6 takes around two hours to charge but could be full of power in a minute if fitted with a new aluminium battery. Smartphones could be charged in less than one minute after scientists at Stanford University invented an aluminium battery so powerful it could revolutionise the industry. The new rechargeable battery can go from flat to full in a fraction of the time it currently takes to pull in enough electricity to fully charge a phone, laptop or tablet. While an iPhone 6 takes around two hours to fully charge its in-built battery, if it was fitted with the aluminium power source it would be completely topped up in around 60 seconds. And it will keep going for more than seven times as long as a lithium-ion battery. A traditional battery can be recharged around 1,000 times, while the new one can withstand 7,500 cycles. [Daily Telegraph]

Biggest American Indian tribe in US introduces country’s first junk food tax –
As diabetes and obesity spiral out of control on their vast reservation, Navajo Nation harks back to a healthier time and starts taxing Spam and crisps. In times gone by, Navajo Indians ate whatever mother nature was generous enough to bestow, their existence intimately and spiritually bound up with the land on which they lived. Their food would have been the envy of any modern dietitian as they foraged for pinyon nuts and wild potato, and nibbled on sumac berries, yucca fruit, prickly pears and beeweed greens. Today, life is very different in the Navajo Nation, the largest American Indian reservation in America, which covers an area of Arizona, New Mexico and Utah that is the size of Scotland and has a tribal population of 300,000. The modern Navajo, who prefer to be called the Diné, are facing an intensifying health crisis fuelled by a complete transition to a diet based largely on fried potatoes, tortillas, cookies, crisps, sugary drinks and Spam. [Daily Telegraph]

END_OF_DOCUMENT_TOKEN_TO_BE_REPLACED

DON’T set your iPhone to 1 January 1970 or you’ll break it –
Apple is warning iPhone users not to fall for an internet hoax that leaves handsets useless and irreparable. A fake advertisement claims that changing the date on your iPhone to 1 January 1970 will give you a retro Apple design – it doesn’t. And the date change will cause your phone to become permanently stuck while rebooting if it’s switched off or runs out of battery. The bug affects the likes of the iPad Air, Mini 2 and any iPhone 5s onwards. The glitch was discovered last week, but a fake photo has been circulating on social media encouraging people to switch the date on iPhones 5s and upwards. Users were meant to be able to discover an Easter egg in the form of a 1970s-style multicoloured Apple logo and design. Unfortunately, going retro on your iPhone won’t change the design. Instead, when the phone is turned off and turned on again, it refuses to reboot, displaying the Apple home screen and going no further. [BBC Newsbeat]

Apple ordered to help FBI break into San Bernardino gunman’s phone –
An American judge on Tuesday ordered Apple to help the Federal Bureau of Investigation break into a phone belonging to Syed Rizwan Farook, one of the killers in the December shooting rampage in San Bernardino, California. Sheri Pym of the US District Court in Los Angeles ruled Apple must provide “reasonable technical assistance” to investigators seeking to unlock the data on Farook’s iPhone 5C. This includes bypassing its auto-erase function and passcode protection so investigators can try an unlimited number of passcode guesses. Apple did not immediately respond to a request for comment on the ruling. The company has five business days to contest the order if it believes compliance would be “unreasonably burdensome,” Ms Pym said in her decision. [Daily Telegraph]

World’s largest lottery winners come forward to claim share of $1.58bn jackpot –
The winners of the world’s largest ever lottery have finally come forward to claim their ticket, more than a month after the $1.5 billion Powerball jackpot sent America into a frenzy. David Kaltschmidt, 55, and his wife Maureen Smith, 70, won a $528.7 million (£370m) share of the jackpot – splitting their winnings with John and Lisa Robinson, who purchased their winning ticket in Tennessee, and a California winner who has yet to come forward. But the Florida pair, who announced their win at a press conference on Wednesday, said they did not even tell their children at first. “That was hard,” said Ms Smith. Her husband said they were determined the win wouldn’t change them. They decided to take the $327.8m lump sum rather than receiving the $528m sum in instalments. The odds of winning the $1.58 billion jackpot were 1 in 292.2 million. [Daily Telegraph]