World Athletics Championships: Ashton Eaton sets new decathlon world record in Beijing –
Ashton Eaton’s world record in the decathlon has stolen the limelight from Mo Farah and Usain Bolt on the penultimate night of the world athletics championships in Beijing. Farah completed the long distance double for a second consecutive occasion at a world titles with victory in the men’s 5,000 metres final, while Usain Bolt captured his third gold in the Bird’s Nest in the last seven days when he anchored Jamaica to a win in the men’s 4x100m relay. But it was Eaton who deserved top billing, after the American dipped under his world mark to post a two-day total of 9,045 points. Eaton, the defending champion, collected 829 points in running four minutes and 17.52 seconds in the final event, the 1,500m, enough to beat his previous record by six points. [ABC] 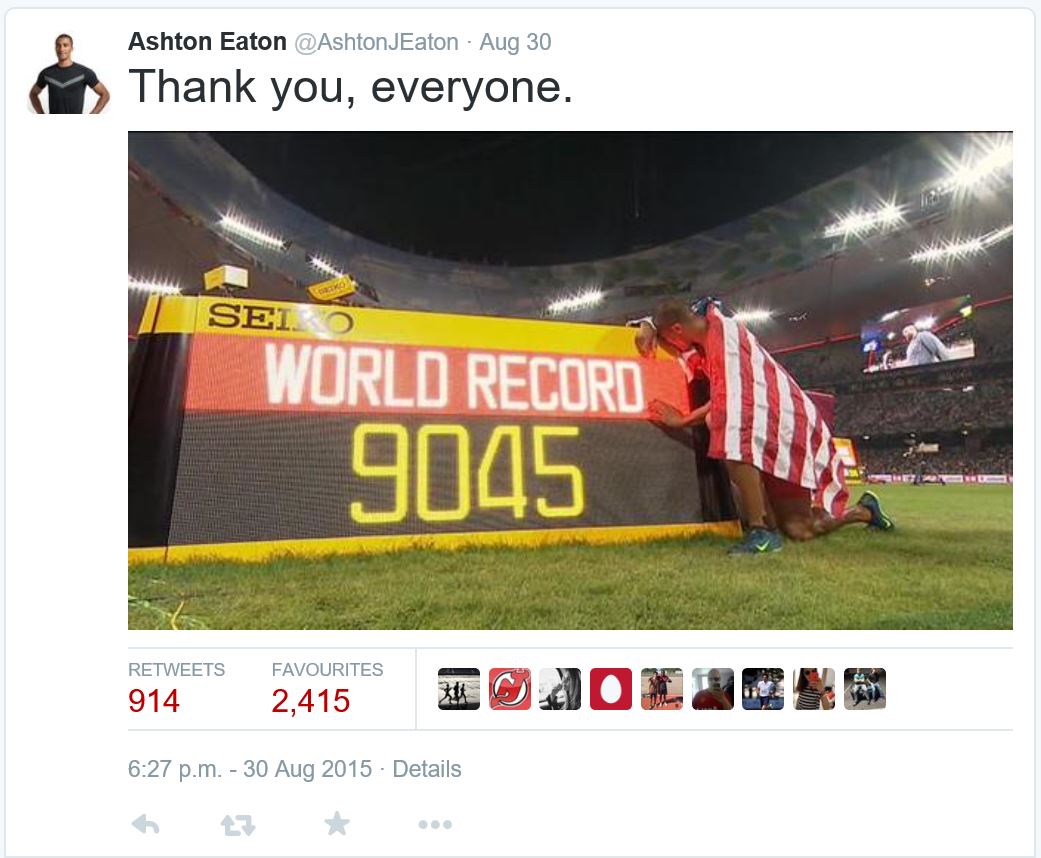 Mo Farah completes the ‘triple-double’ with 5,000m at the athletics world championships in Beijing –
Mo Farah is the first athlete to win the 5,000 and 10,000m races at successive world championships. The ‘triple-double’: it is a coinage usually confined to basketball, but in Beijing it belongs to the extraordinary Mo Farah, who for a record third successive global championships has completed twin triumphs over 5,000 and 10,000 metres. None of the distance icons – not Emil Zatopek, not Lasse Viren, not Kenenisa Bekele – managed it, but Farah streaked into history at the Bird’s Nest stadium with another exquisitely controlled perfor­mance over 12½ laps. [Daily Telegraph] 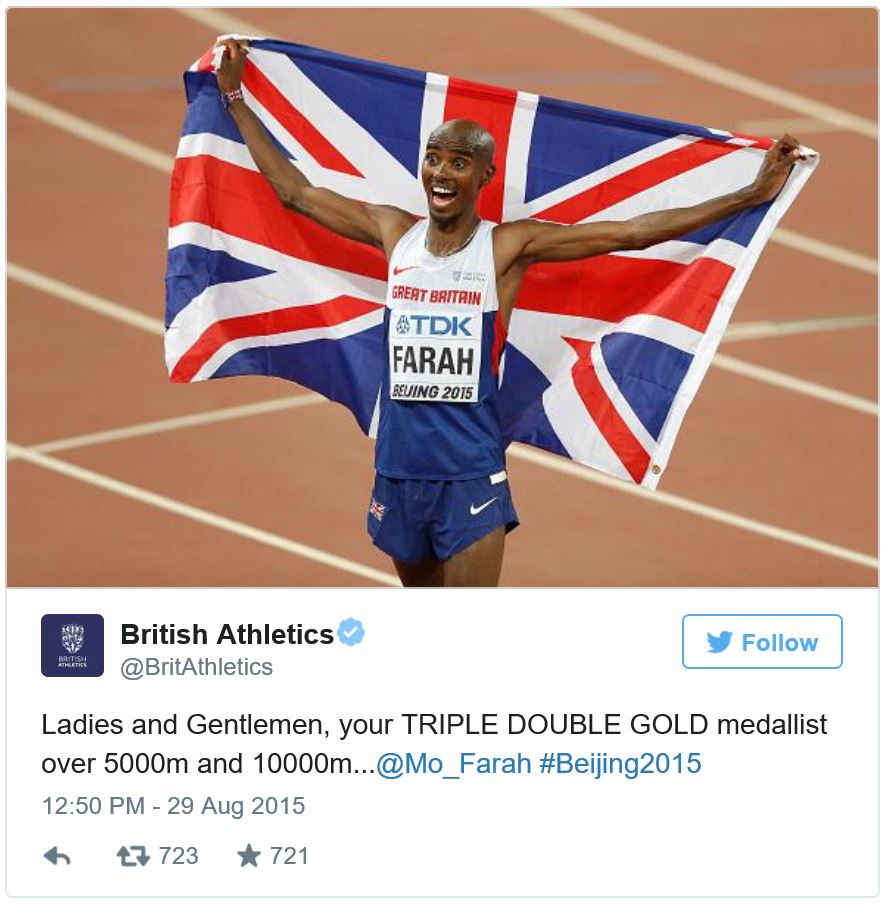