New Balance trainer wearers bin and burn their shoes over Trump –
New Balance wearers are binning and burning their trainers after the company’s vice president appeared to praise Donald Trump’s trade plans. In an interview with the Wall Street Journal Matt LeBretton said Barack Obama had “turned a deaf ear” to US business. “Frankly, with President-elect Trump, we feel things are going to move in the right direction,” he said. Since then some Americans have been filmed setting their shoes on fire. Others have been returning used trainers to New Balance shops. [BBC Newsbeat] 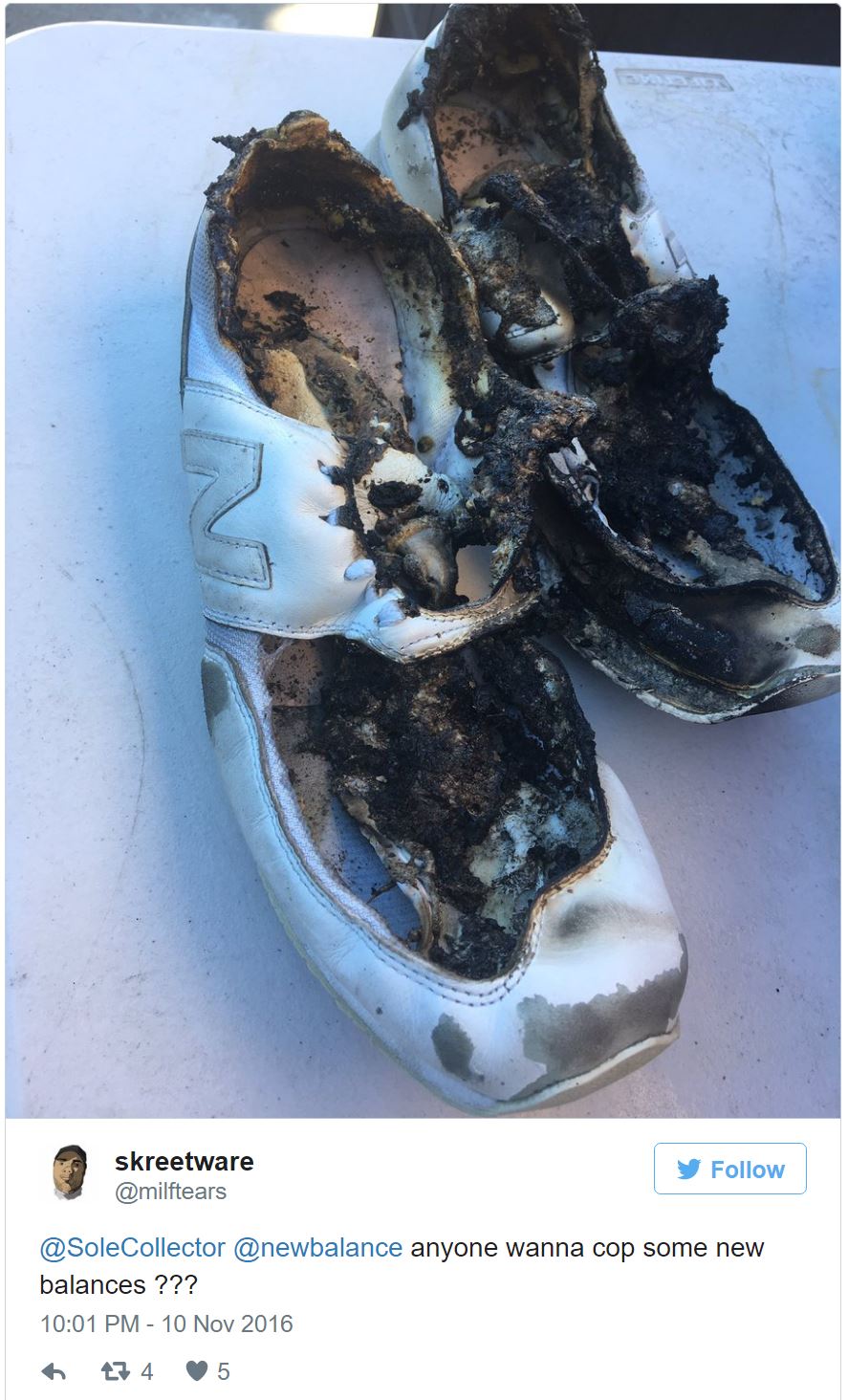