Jeremy Clarkson apologises to Top Gear producer Oisin Tymon –
Jeremy Clarkson has apologised to the Top Gear producer he punched after settling a £100,000 racial discrimination and injury claim. Oisin Tymon launched the action against the presenter and the BBC after a “fracas” last March that left Mr Tymon with a bloody lip. “I would like to say sorry, once again, to Oisin Tymon for the incident and its regrettable aftermath,” Clarkson said. The presenter was dropped by the BBC following the assault. Clarkson, 55, added: “I want to reiterate that none of this was in any way his fault. Mr Tymon’s lawyers said the case had been settled but did not give details of the settlement. It is understood to be in excess of £100,000 ($140,000), an amount to which both Clarkson and the BBC contributed. [BBC]
In October 2015 Clarkson was threatened with three years in jail as Argentina reopened Falklands row probe.

Brit Awards 2016: Adele dominates with four awards –
Adele has been crowned Queen of the Brits, winning four prizes including best British female and best album. “To come back after so long away and be so warmly received means so much,” she said. One Direction’s victory in the fan-voted best video category robbed Adele of the opportunity to become the most-garlanded artist in a single Brits ceremony. As it stands, her total of four awards is equalled only by Blur, who won the same number in 1995 for their album Parklife. Adele became more emotional as the ceremony continued, bursting into tears after accepting the global success prize – which recognises success overseas. “I got really lost for a while and I didn’t know if I’d ever come back,” she said, referencing the writer’s block that delayed her much-anticipated third album. [BBC] See List of the Day

Sepp Blatter & Michel Platini lose Fifa appeals but bans reduced –
Outgoing Fifa president Sepp Blatter and suspended Uefa boss Michel Platini have had bans from all football-related activities upheld. But the suspensions have been reduced from eight to six years by Fifa’s appeals committee. Both were found guilty of breaches surrounding a £1.3m ($2m) “disloyal payment” to Platini. They both deny any wrongdoing and have said they will appeal to the Court of Arbitration for Sport. Blatter and Platini said the payment honoured a verbal or gentleman’s agreement made in 1998 for work carried out by the Frenchman when he was a technical advisor for Blatter. Blatter, 79, added in a statement that he was “very disappointed by the appeal committee of Fifa”. Platini, 60, said it was “insulting and shameful” and a “political decision”. The committee said “activities and services rendered to Fifa, Uefa and football” was a mitigating factor. [BBC]
In September 2015, the Swiss Police launched an investigation into Blatter over criminal mismanagement or misappropriation over a TV rights deal. 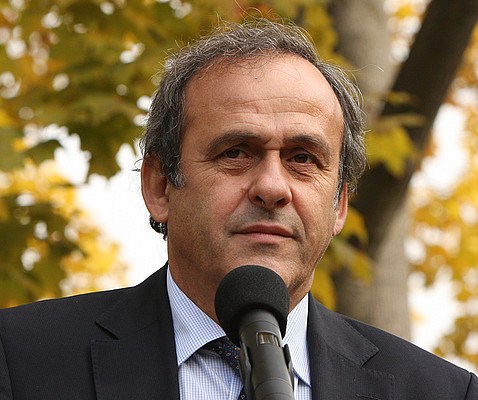 70MM of Hateful from Andrew Walker on Vimeo.