Belgians tweet cat pictures during #BrusselsLockdown –
On Sunday night, as a major anti-terror police operation was under way in Brussels, authorities asked the public to not report officers’ movements online. The Belgian capital has been on lockdown since Saturday amid a search for suspected Paris attacks gunman Salah Abdeslam. On Twitter, the hashtag #BrusselsLockdown had been the term of choice for people discussing the raids. But on Sunday night, the term was overtaken by Twitter users posting pictures and videos of cats, to make sure that any leaking of operational details were drowned out. After the raids, and the arrest of 16 people across the country, authorities thanked Belgians for their co-operation:”To all the cats who helped us last night: help yourselves! #BrusselsLockdown” [BBC] 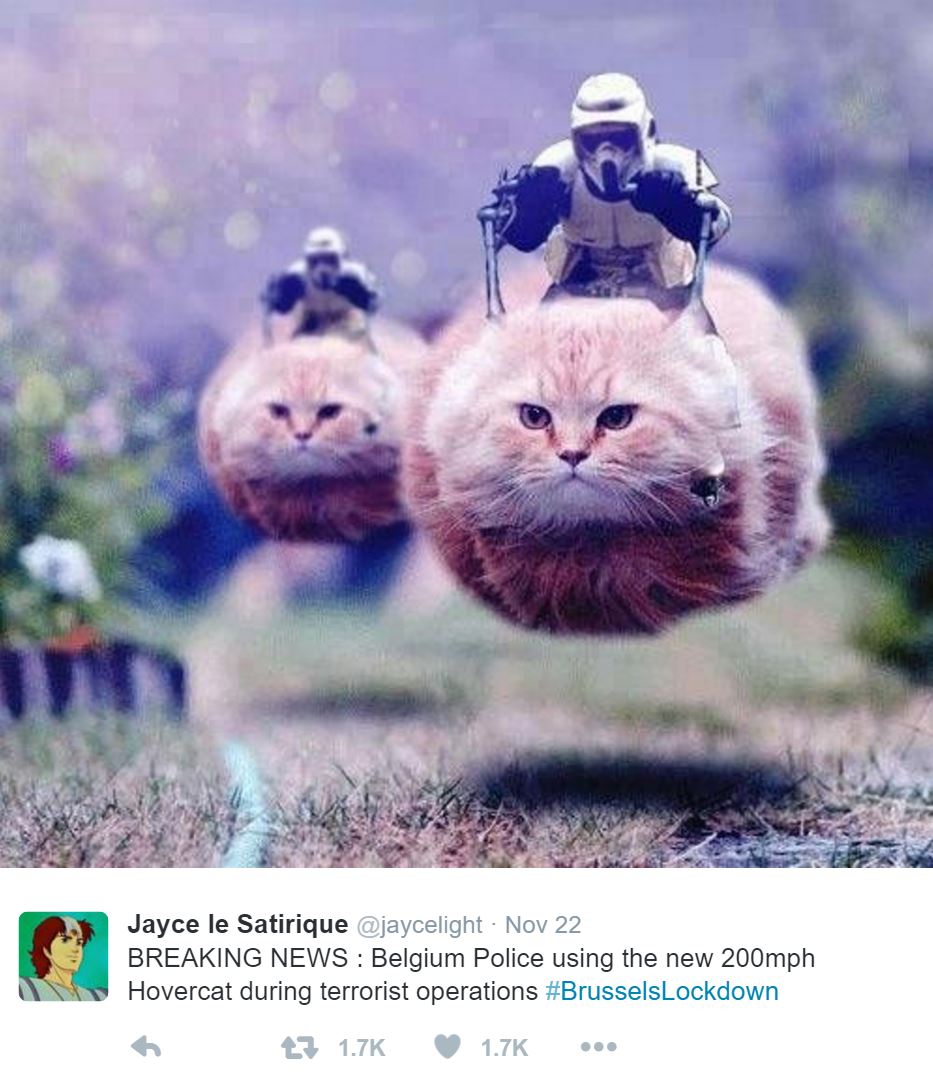 Sepp Blatter says he was close to death after being taken to hospital earlier this month –
Sepp Blatter has said he was “close to dying” upon being hospitalised this month following a health scare. The Fifa president, who is facing a multi-year ban from football and is currently serving a 90-day provisional suspension, spent several days being treated for stress before being discharged from hospital a week and a half ago. In his first interview since his release, the 79-year-old told Swiss broadcaster RTS: “I was close to dying. I was between the angels who were singing and the devil who was lighting the fire, but it was the angels who sang. [Daily Telegraph]

Genetically modified mosquito no longer infects humans with malaria –
A mosquito has been genetically modified so that it can no longer pass on malaria to humans in a breakthrough which could save millions of lives. The insect was biologically engineered by scientists to produce antibodies that interfere with the malaria parasite’s life cycle and prevent it being transmitted. Importantly, the heritable trait was passed on to 99.5 per cent of the mosquito’s offspring, a result described as ‘astonishing’ by the scientists. [Daily Telegraph]