Barcelona win La Liga title –
Lionel Messi’s strike gave Barcelona their 23rd Spanish title as they beat Atletico Madrid to regain La Liga. Messi’s 41st league goal of the season ensured that Real Madrid will finish second – despite Cristiano Ronaldo’s hat-trick against Espanyol. With one game left Barca hold a four-point lead ahead of rivals Real. Cristiano Ronaldo scored his seventh hat-trick of the season to give Real Madrid victory at Espanyol. Ronaldo’s treble took his tally for the season to 45 in La Liga – four ahead of Barcelona forward Lionel Messi, who hit the winner for his club. [BBC] See List of The Day 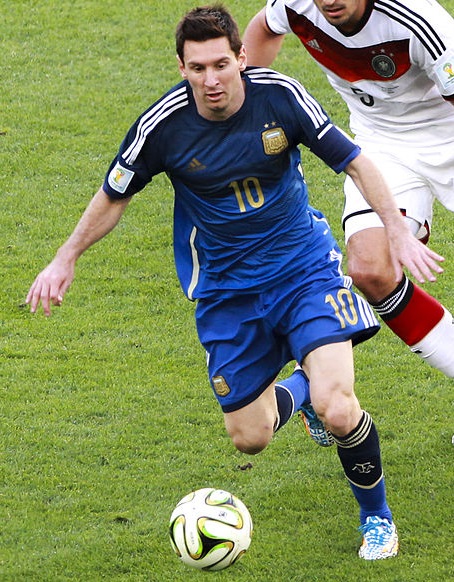 Texas bikers in deadly shootout at Waco restaurant –
Police in the US state of Texas say nine people have been killed and at least 100 arrested after a shootout between rival biker gangs in Waco. The incident happened at the Twin Peaks Sports Bar and Grill in a shopping area called the Central Texas Market Place. Police said eight had died at the scene and a ninth in hospital – all were bikers. At least 18 others were hurt. Waco police said the shooting happened shortly after midday when rival gangs got into a fight, apparently over parking space near the restaurant. Up to five gangs were involved. Police spokesman Sgt W Patrick Swanton said the fight started with punches and then escalated to chains, clubs, knives and finally firearms.

Blizzard tackles World of Warcraft ‘cheats’ –
Thousands of World of Warcraft accounts have been shut down by Blizzard as it moves to stop people using “bots” to play the game Blizzard announced it had banned a “large number” of accounts in a message posted to the game’s online forums. The accounts had been discovered using programs, called “bots”, that automate gameplay, said Blizzard. Blizzard did not reveal how many accounts had been shut down. However, a widely-shared screengrab of a conversation between a player and a customer service rep suggested that about 100,000 accounts had been closed. The ban will be in force for six months, said Blizzard.