Lewis Hamilton refused entry to Wimbledon’s Royal Box because he was ‘not smart enough’ –
Lewis Hamilton was barred from entering the Royal Box during the Wimbledon final on Sunday because he was not wearing a jacket and tie. Despite receiving an invitation to watch the men’s singles final from the Royal Box, the Formula One champion missed the match owing to an “unfortunate misunderstanding regarding the dress code at Wimbledon”, according to his spokesman. Earlier in the day Hamilton posted a picture on Instagram showing his Royal Box invitation package, saying he was “honoured” to have received it. He later posted another picture of himself on Instagram dressed in a colourful shirt and trousers, with the caption “Wimbledon”. [Daily Telegraph] 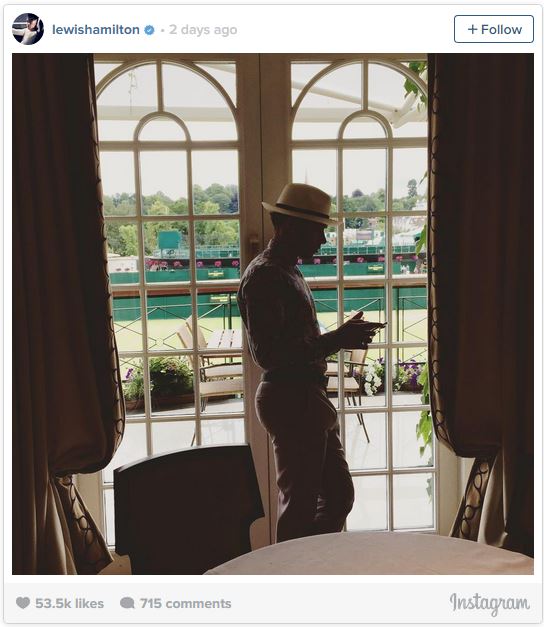 FIFA Turns Down Request for Blatter to Attend U.S. Senate Panel Hearing –
A U.S. Senate panel invited FIFA President Sepp Blatter to answer questions at a hearing this Wednesday about the corruption scandal that has badly tarnished soccer’s global governing body but FIFA declined on his behalf, a congressional official said. FIFA did not immediately respond to a request for comment and Blatter’s legal representative in the U.S. declined to comment. Blatter said last week in an interview with German newspaper Welt am Sonntag that he “won’t take any travel risks until everything has been cleared up”. [NY Times]