Google Patents Sticky Car Hood to Trap Pedestrians in a Collision –
Google has a solution to help mitigate injuries in the event a pedestrian and a self-driving car collide: human flypaper. In a patent issued this week, the search giant describes a “system for protecting a colliding object from a secondary impact, after an initial impact with a vehicle.” The patent calls for a giant sticker to be placed on the front end of a vehicle, with a special coating over the layer that is only broken when something collides with the vehicle, exposing the adhesive and helping the colliding object to remain on the vehicle. [ABC] 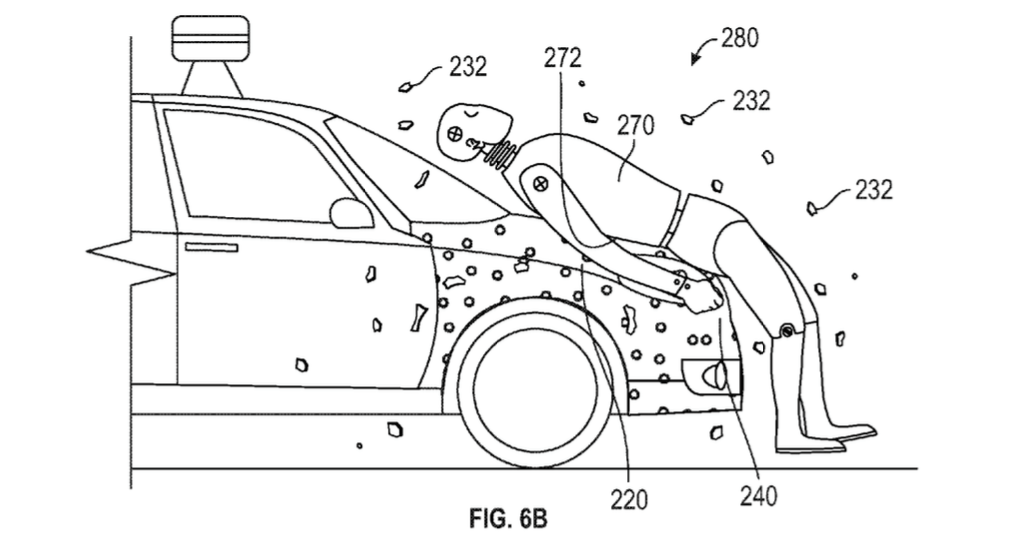 German churches to get wi-fi ‘Godspots’ –
Worshippers at Protestant churches in central Germany will soon be able to access the internet via free wi-fi hotspots – billed as “Godspots” by the church. Wi-fi is being installed at 220 churches across the Berlin and Brandenberg region, with plans to expand coverage to all 3,000 churches in the region, the RBB broadcaster reports. Among the first to get connected will be Berlin’s French Cathedral on the central Gendarmenmarkt square, and the city’s iconic Kaiser Wilhelm Memorial Church. People will be able to access the “Godspots” both inside and outside, and the church is promising a secure network with no advertising. Users will first be greeted by a home page with information about the building, community and faith-related material, but then they’ll be free to browse the wider web. [BBC]