Boxing legend Muhammad Ali dies aged 74 –
Muhammad Ali has died at the age of 74, a family spokesman has said. The former world heavyweight boxing champion, one of the world’s best-known sportsmen, died at a hospital in the US city of Phoenix, Arizona, after being admitted on Thursday. He was suffering from a respiratory illness, a condition that was complicated by Parkinson’s disease. Born Cassius Marcellus Clay, Ali shot to fame by winning light-heavyweight gold at the 1960 Rome Olympics. Nicknamed “The Greatest”, the American beat Sonny Liston in 1964 to win his first world title and became the first boxer to capture a world heavyweight title on three separate occasions. He eventually retired in 1981, having won 56 of his 61 fights. Crowned “Sportsman of the Century” by Sports Illustrated and “Sports Personality of the Century” by the BBC, Ali was noted for his pre- and post-fight talk and bold fight predictions just as much as his boxing skills inside the ring. But he was also a civil rights campaigner and poet who transcended the bounds of sport, race and nationality. Asked how he would like to be remembered, he once said: “As a man who never sold out his people. But if that’s too much, then just a good boxer. I won’t even mind if you don’t mention how pretty I was.” [BBC] See Video of the Day and List of the Day 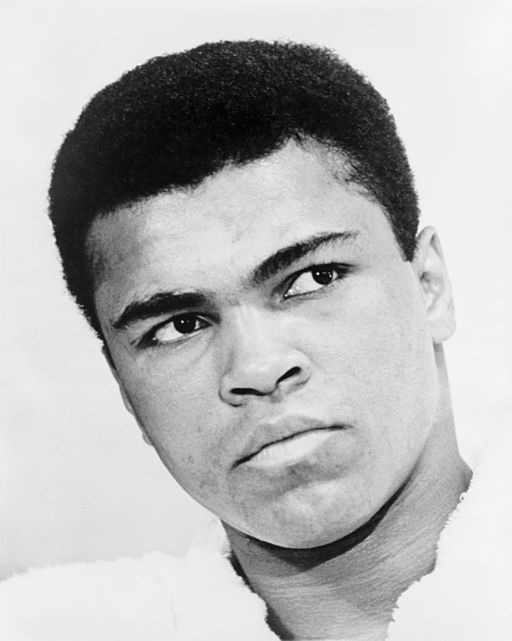 “Hey Floyd – I seen you! Someday I’m gonna whup you! Don’t you forget, I am the greatest!” – To then-world heavyweight champion Floyd Patterson during the 1960 Olympic Games.

“Why are all the angels white? Why ain’t there no black angels?” – In a sermon at apostolic church in 1983.

“Float like a butterfly, sting like a bee.” – The man who captured not only his boxing style but his attitude in life.

“I had a good time boxing. I enjoyed it – and I may come back.” – On being crowned Sports Personality of the Century by the BBC in 1999.

“Cassius Clay is a slave name. I didn’t choose it, and I didn’t want it. I am Muhammad Ali, a free name, and I insist people using it when speaking to me and of me.” – On his conversion to Islam.

“Man, I ain’t got no quarrel with them Viet Cong. No Vietcong ever called me nigger.” – On his refusal to answer a call up to fight in Vietnam.

“It’s hard to be humble when you’re as great as I am.”

“You serious? I got to stay here and lead my people to the right man – Elijah Muhammad” – When asked why he does not flee the country, in an interview by Robert Lipsyte of The New York Times on April 26 1967, two days before refusing induction into military service.

“I’ve done my celebrating already. I said a prayer to Allah” – June 28 1971, on being told his conviction for draft evasion was overturned by the US Supreme Court.

“I told you all, all of my critics, that I was the greatest of all time. Never make me the underdog until I’m about 50 years old” – October 1 1974, after knocking out George Foreman to become heavyweight champion for the second time, in Kinshasa, Zaire.