Royal wedding planned as Prince Harry, Meghan Markle announce engagement –
One of the world’s most eligible bachelors is officially off the market. Britain’s Prince Harry is engaged to American actress Meghan Markle, royal officials announced Monday. After the announcement, Harry confessed he had long known he would propose to Markle. “When did I know she was the one?” Harry said in response to a reporter’s question during a photo op at Kensington Palace. “The very first time we met.” [NBC News] 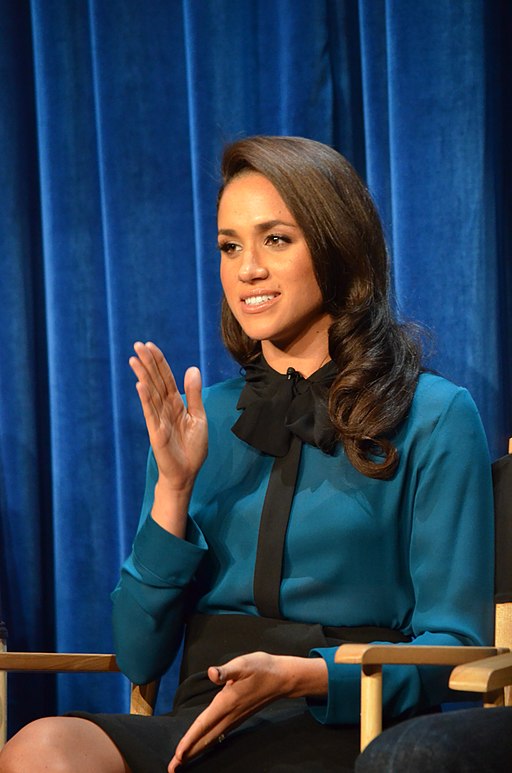 Meghan Markle (By Genevieve [CC BY 2.0], via Wikimedia Commons)

Prince Harry and Meghan Markle have become husband and wife in a moving ceremony at Windsor Castle.

An emotional-looking prince and his smiling bride exchanged vows and rings before the Queen and 600 guests at St George’s Chapel.

At the altar, Prince Harry told her: “You look amazing.”

After the service the couple – who will now be known as the Duke and Duchess of Sussex – kissed in front of cheering well-wishers on the steps of the chapel.

Thousands of members of the public turned out in bright sunshine to see them driven around Windsor in a horse-drawn carriage.

Later, Prince Harry drove the couple to their reception in a 1968 silver blue Jaguar that has been converted to run on electric power, with a registration plate that referenced the date – E190518. [BBC]

FA Cup winners after Chelsea won on this day