British Premier League finishes late with Leicester City as 5000-1 Champions –
The final match of the Barclays Premier League saw Manchester United beat Bournemouth 3-1 in a rescheduled match after a suspect package was found at Old Trafford two days earlier. Leicester City were the surprise of the season. Following their narrow escape from relegation in the previous season many pundits had predicted that they would be relegated and bookmakers gave 5,000–1 odds on them winning the title which they achieved with two matches to spare. After the dismissal of manager Nigel Pearson, they began the new season with Italian Claudio Ranieri in charge. The Golden Boot (for the most goals scored by a player) went to Tottenham Hotspur’s Harry Kane. Norwich City, Newcastle United and Aston Villa were relegated. [Wikipedia] See List of the Day 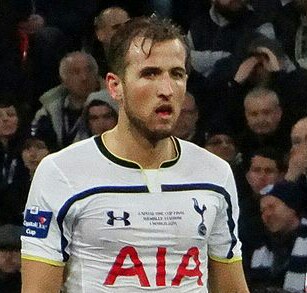 Hackers’ website breached by hacker –
The email addresses and private messages of more than 470,000 members of a hacking website have been leaked online following a huge data breach. The Nulled website was a popular marketplace for stolen account details and hacking tips. The leaked data contained more than 5,000 purchase records relating to the exchange of stolen information. The site has been taken offline, stating it is undergoing “routine maintenance”. [BBC]

Fireball captured on US traffic police officer’s dashcam –
A bright fireball shot across the sky early Tuesday around 0500 GMT (0100 EDT), lighting up several north-eastern US states and parts of Canada. The bright flash was apparently left by a meteor burning up as it passed through Earth’s atmosphere. The incident was caught on camera, including the dashcam of an officer from the Plattsburgh Police Department, which you can see here. [BBC] See Video of the Day