Ben Nevis gains a metre thanks to GPS height measurement –
Ben Nevis, Britain’s tallest mountain, is a little bit bigger than we thought. The Ordnance Survey (OS), has re-measured the Scottish peak and its official height is now put at 1,345m – a metre taller than before. The actual difference from the last official measurement in 1949 is much less – but enough for the height to be rounded up rather than down.
The change comes from the precision that can now be achieved with modern technologies such as GPS. OS, Britain’s official mapping agency, has already begun issuing maps with the new height. The official measuring point atop Ben Nevis is one of those squat concrete pillars familiar to hill-walkers all over the country. It sits on a cairn, and it was when this pile of stones was restored recently that OS experts took the opportunity to check the mountain’s exact height. It is more than 60 years since this was last done, and back then, it took a team three weeks to complete the job after hauling heavy gear up Ben Nevis and nearby peaks. [BBC] 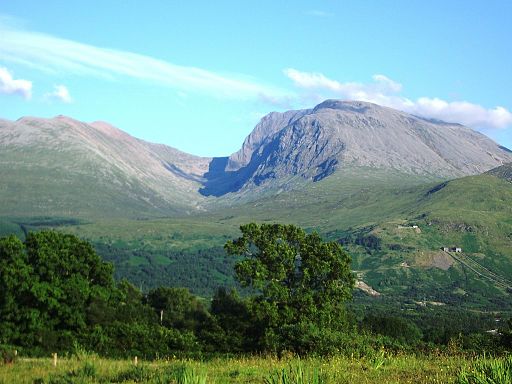 Anything VINE Can Do, YOUTUBE Does Better (ft. Thomas Sanders)