China: Guangzhou warns zombies to stay off metro –
Halloween revellers are being urged to avoid the underground system in one southern Chinese city, in case they cause a panic. Transport police in Guangzhou say people in ghoulish fancy dress have been making other passengers nervous in recent days, and officers want travellers to report anyone they spot wearing spooky costumes. “Passengers’ strange behaviour may make some feel uneasy, cause onlookers to panic and could easily lead to security risks,” the force says in a statement posted on its Sina Weibo microblog account. “Therefore the subway does not encourage such acts.” [BBC]

Justin Bieber sorry for storming off stage after one song in Norway –
Justin Bieber’s been living up to the name of his new song Sorry by apologising to his fans for storming off stage in Norway. He said he was “done” and “I’m not doing the show” after performing one track during a TV recording in Oslo. In fan-filmed videos, Justin Bieber can be seen getting annoyed with people at the front of the stage while trying to wipe the floor. The singer later posted an apology on his Instagram account. [BBC] 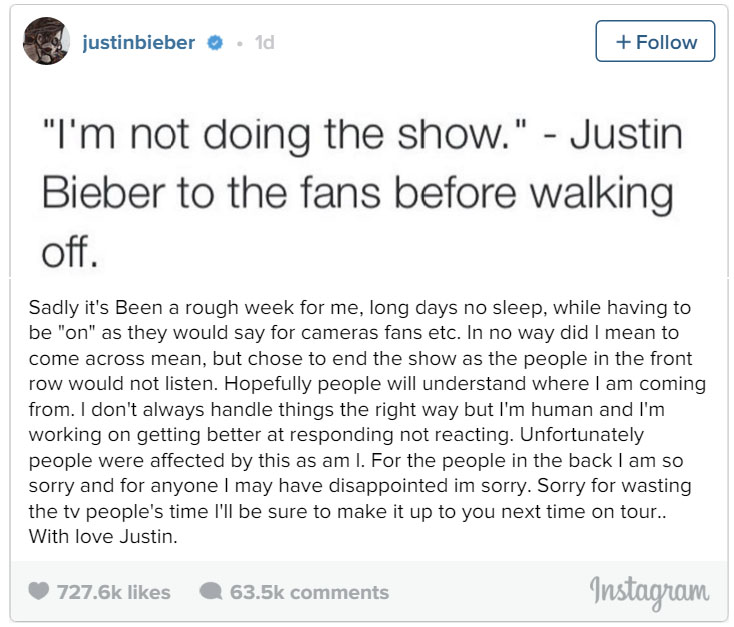