Nasa predicts near-miss with asteroid on Halloween –
An asteroid is due to pass by Earth on Halloween and miss us by a whisker, according to Nasa. Well, if whiskers were 499,000km long, at any rate. The asteroid was spotted by Nasa a fortnight ago and is set to fly past the Earth on Halloween at over 78,000mph. It will cross by Earth at the closest it’s been since 2006. The space agency explained why they spotted it at such short notice, despite constantly monitoring the size. They said: “The asteroid is on an extremely eccentric and a high inclination orbit.” We won’t be able to see the asteroid with the naked eye, but anyone with access to a telescope will be able to see it as it passes by. “This is the closest approach by a known object this large until 1999 AN10 approaches within 1 lunar distance in August 2027,” said Nasa. [Daily Telegraph]

Q Awards 2015: Foals beat Ed Sheeran and Blur to win Best Act In the World Today –
The Oxford band Foals confirmed their elevation to music’s biggest stages after being voted Best Act In the World Today at the Q magazine awards. Foals, who combine indie rock with electronic beats and African-inspired rhythms, beat Blur, Noel Gallagher and Ed Sheeran to the award, previously won by the likes of Radiohead and Coldplay. Ed Sheeran beat Kanye West, Taylor Swift and Sam Smith to the Solo Artist award, capping a year in which the strummer sold out three nights at Wembley Stadium, performing with just his guitar and a loops pedal. However Sheeran lost out to the Brighton drums and bass rock duo Royal Blood for the Best Live Act prize. [The Independent] See List of the Day 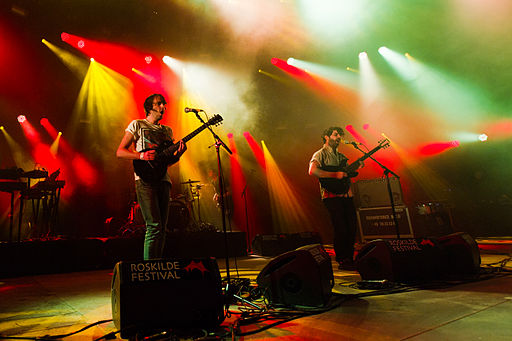 Hundreds Of Apps Banned From App Store For Accessing Users’ Personal Information –
Hundreds of iOS applications have been pulled out of the App Store, following a report from analytics service SourceDNA, which uncovered a group of applications that were extracting users’ personally identifiable information, including email addresses associated with their Apple IDs, devices and peripheral serial numbers, as well as a list of apps installed on their phone. The applications in question had been using an SDK from a Chinese advertising company called Youmi which was accessing this information by way of private APIs, the report found. Nearly all of the developers were located in China so, for now, this appears to be an isolated incident. However, the larger concern here has to do with how long this activity had been taking place – and what that means in terms of Apple’s App Store review process, given that it hadn’t caught this suspect activity until being alerted to it by a third party. [Tech Crunch]

DRIVING from Nate Theis on Vimeo.

Florence + The Machine – Ship To Wreck

Q Best Act In The World