Eton launches online lessons for China –
Eton College is going to launch online lessons for schools in China. From this autumn, the leading UK independent school is going to provide classes in leadership to Chinese students, using live online tuition. The school has formed a partnership with a technology firm to create a company called EtonX. The school, in Berkshire, says any income raised by the international project will be used for bursaries to cover pupils’ fees. Percy Harrison, director of information technology at Eton College, says the school would be able to reach a wider number of pupils, without setting up an overseas campus. [BBC] 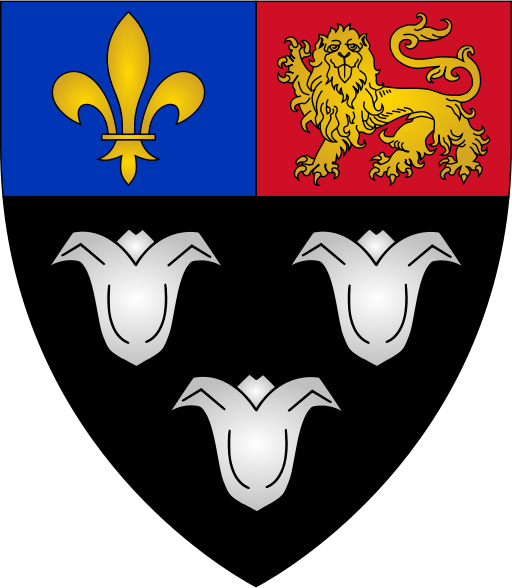 The Eton College Coat of Arms

Star Wars: The Force Awakens second trailer sets YouTube world record –
The second trailer for Star Wars: The Force Awakens is officially the most viewed film trailer on YouTube in a 24-hour period. Guinness World Records says the clip, released in April, was watched more than 30 million views in a day. The trailer sees the return of Han Solo, played by Harrison Ford again, alongside co-pilot Chewbacca. The Force Awakens, the first instalment of the franchise’s new trilogy, will be set 30 years after Return of the Jedi. [BBC Newsbeat] See Video of the Day and List of the Day