Top Stories –
Rod the Mod becomes a pensioner –
Rocker Rod Stewart celebrates his 65th birthday after being in the music industry for over 40 years and selling over 100 million records worldwide. 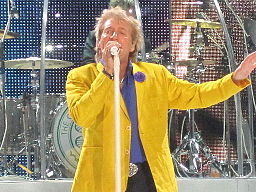 Get your skates on –
Parts of Amsterdam’s historic canal system freeze over for the first time in over a decade, with skaters taking to the ice.

Roman Polanski, 2002: Polanski won an Oscar for this comeback of unexpected acuity, with Adrien Brody bringing haunted charisma to the lead role.

Dardenne brothers, 2005: Europe’s finest purveyors of social humanist cinema outdid themselves with this Bresson-like portrait of a feckless young father who sells his infant son.

Tomas Alfredson, 2008, £12.72: Vampire movies have been 10-a-penny this decade. None was remotely as affecting as this snow-capped charmer about alienated Swedish teenagers.

Steven Soderbergh, 2000: Julia Roberts got the role of her life – and a slam-dunk Oscar – in Soderbergh’s legal?crusader drama.

Frank Miller, Robert Rodriguez, 2005: Fanboys salivated over the noir fidelity of this super-stylised comic book transfer, with 300 and Watchmen to come.

Wolfgang Becker, 2003: A young man tries to shield his frail mother from the news that Communism is over in this charming exercise in “Ostalgia”.

Mira Nair, 2001: The changing face of middle-class, urban India was brought to warts-and-all life in this freewheeling, thought-provoking drama.