Chubby hedgehogs sent to ‘fat club’ to diet –
A group of overweight hedgehogs are to be given a helping hand in losing their winter weight thanks to a special ‘fat club’. The hedgehogs started piling on the pounds because they spent longer than usual in the care of the Wildlife Rescue Centre in Fife. They were kept in their warm enclosures during the severe weather conditions which hit the country in December and January, because the cold could have killed them. (See List of the Day) [Daily Telegraph] 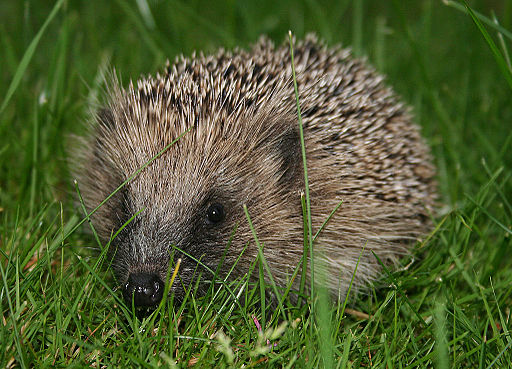 Chinese police admit enormous number of spies –
A Chinese police chief has said he uses more than 12,000 spies to inform on a remote county of just 400,000 people, an admission that lays bare the enormous scale of China’s surveillance network. Liu Xingchen, the 56-year-old assistant to the head of Kailu County, a farming region in Inner Mongolia, said his vast network of informants meant he could be “very sensitive” to any signs of dissent and protest. In an interview with Xinhua, the government-run news agency, Mr Liu described how he was able to “quickly and accurately discover all sorts of information that might destabilise society”. “Every policeman and auxiliary policeman, no matter their division or particular police station, has to establish at least 20 informants in their community, village, work unit and so on. Altogether, these add up to 10,000 spies. “Then the actual criminal units, the economic crimes unit, the Domestic Security Department, the Public Information Security Supervision and so on will establish a further five ‘eyes and ears’.
“At the latest count, our bureau has established 12,093 informants,” he said. [Daily Telegraph]

Google Buzz takes on Facebook and Twitter –
Google has launched a new tool that will allow users of its email service to share their feelings with other users, in an effort to take on social networking giants Facebook and Twitter head-on. Google Buzz, as the new application is called, essentially allows Gmail users to write status updates which other users can see, but goes further by allowing them to aggregate other services in an attempt to make it easier to operate in the increasingly frustrating information-heavy online environment. Buzz goes a number of steps further, however, by allowing users to create a Google profile page, which can be seen not just by friends but by the entire web if so desired, and will guide users to follow the people they email and chat with the most. It will also allows posts to include links, YouTube videos, pictures from Google’s Picasa hosting service. (See Video of the Day) [Daily Telegraph]