Alphabet – owner of Google – takes top spot from Apple –
Alphabet- Google’s parent company- has surpassed Apple as the world’s most valuable company after its latest earnings report. The company made a profit of $4.9bn (£3.4bn) for the fourth quarter, an increase from $4.7bn a year ago. The announcement sent its share price up as much as 9% in after-hours trading.
That means that Alphabet is now worth around $568bn, compared with Apple, which has a value of $535bn. [BBC] Alphabet was launched in August 2015 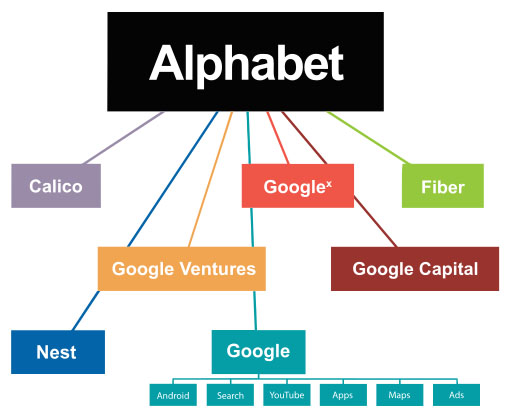 Zika-linked condition: Rio Olympics ‘to go ahead’ despite virus –
There is no chance that the Rio Olympics will be cancelled because of a Zika virus outbreak, Brazil has said. The authorities said there was no risk to athletes and spectators – except pregnant women – at the August event. Earlier, the World Health Organization (WHO) warned a disease linked to Zika posed a global public health emergency requiring a united response. The infection has been linked to cases of microcephaly, in which babies are born with underdeveloped brains. Experts are worried that the mosquito-borne virus in Latin America is spreading far and fast, with devastating consequences. Meanwhile, WHO Director General Margaret Chan called Zika an “extraordinary event” that needed a co-ordinated response. The WHO alert puts Zika in the same category of concern as Ebola. It means research and aid will be fast-tracked to tackle the infection. [BBC]