Rivalry between Google and Apple has always been fierce, but now Google Maps appears to have been emblazoned with the image of the Android mascot urinating on an Apple logo. The image, discovered by a Hacker News user, appears on a patch of land just south of the city of Rawalpindi in Pakistan, at coordinates 33°30’52.5″N 73°03’33.2″E. The origin of the image is unclear. Some have suggested it could be Google’s idea of an Easter Egg (hidden joke), while others claim it was added by a user. The image is most likely a result of a user abusing Map Maker, the tool that allows users to contribute to Google Maps. One Hacker News user claims to have tracked down the culprit – a user called nitricboy. [Daily Telegraph] 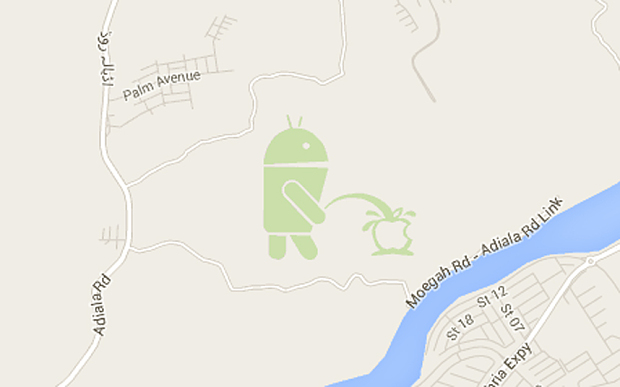 Native American actors walk off Adam Sandler film set over ‘insults’ –
Nearly a dozen Native American actors have walked off the set of a Hollywood film starring Adam Sandler complaining that the script was offensive to their culture. The actors had been hired to take part in filming of The Ridiculous Six, a satirical Western based on The Magnificent Seven. They said the script, which was co-written by Sandler, included offensive names for female Native American characters such as “No Bra”. [Daily Telegraph] 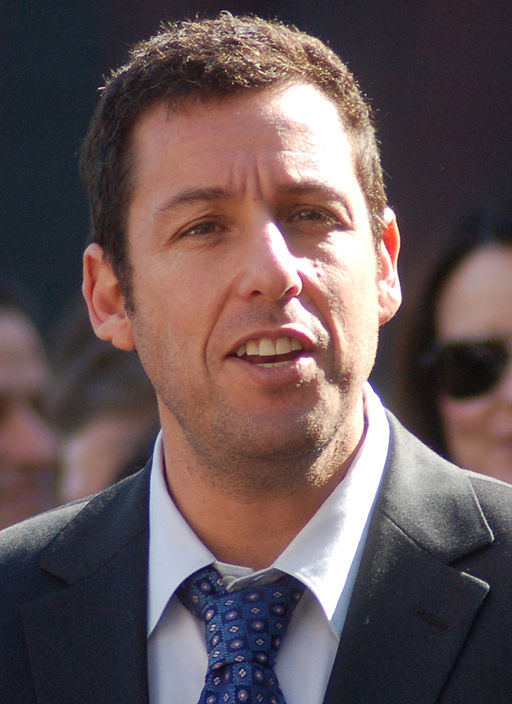 Drop Dead Sexy –
During this year’s Spring Festival holidays, a man surnamed Zhang watched a strip show somewhere he didn’t expect, at a funeral in his hometown in Cheng’an county, Hebei Province. “Two strippers wearing revealing clothes danced on a stage at a public square in our village at night on February 15. They first danced passionately and then took off their clothes piece by piece. Behind them, an electronic screen was displaying a picture of the deceased with elegiac couplets on either side.”Behind the stripper, an electronic screen hung from a backdrop showed a picture of the deceased. Text at the bottom of the screen read, “we offer profound condolences for the death of Mr Chang.” Zhang said that the show cost 3,000 yuan ($480) as it was held during the Spring Festival holidays, saying that the shows are cheaper at other times of the year. During the performance, the host also announced to the public that the show was sponsored by Chang’s daughter, “as a way to show off his large family,” said Zhang. [Global Times]

‘Embryologic twin’ tumour discovered in student’s brain –
Doctors in California have removed a tumour they have described as an “embryologic twin” deep inside the brain of a young woman. Yamini Karanam, 26, a PhD student in Indiana, had been experiencing difficulties with drowsiness, reading and concentration. The discovery was made when doctors performed a newly-developed form of surgery to remove the tumour. The growth, known as a teratoma, had bone and hair. Ms Karanam, a student at Indiana University, jokingly described the tumour to KNBC, a California TV station, as her “evil twin sister who’s been torturing me for the past 26 years”. [BBC]